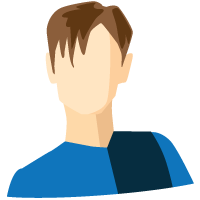 After struggling for months to deal with my home plumbing, I realized that there were some issues that I just couldn't solve on my own. I was really frustrated with the problem, so I started thinking carefully about what I could do to make things right. It occurred to me that I needed to work with a professional plumber, so I called a few different places to see what they could do for me. It was absolutely amazing to see how much of a difference a professional plumber made, and within a few short days, every part of my home was working a lot better. Check out this blog for more information.

The water supply pipes that lead into your home aren't as problem prone as the sewer drain lines, but they aren't immune. In some cases, it may become necessary to have the supply lines replaced.

Although not common, some older homes may have lead pipes. This is mainly a concern only if the pipes are part of the water delivery system or if they are in an exposed area. Although lead pipes can be safe to use, eventually they will corrode and the lead will end up in the water. This problem is usually discovered through water testing when lead is detected in the water. For this reason, most people choose to replace lead pipes sooner rather than later so the water is ensured to be safe to drink.

A pipe doesn't have to be made of lead in order to corrode or rust, though. Any type of metal piping can eventually degrade. Rust in the water may not be harmful to your health, but it is harmful to your home. Pipes that are rusting out and developing corrosion holes will begin to leak, typically inside the walls where you may not notice the damage for months or even years. If your water develops a brown or orange discoloration or seems to contain flecks of metal, it may be time to have your pipes replaced.

An occasional leak from a water supply pipe requires a prompt repair but is no cause for alarm. It's only a major problem if leaks keep happening, especially if they are occurring on different parts of the pipes within the system. While a single leak is a nuisance, many leaks are systematic of pipe failure. If the pipes are springing leaks frequently, then the pipes have reached the end of their service life and the best course of action is to have new water lines installed.

Mineralization is primarily a problem for those in areas with mineral-rich hard water. If you are constantly battling limescale on glassware, fixtures, and shower walls, then chances are that you have hard water. That limescale that builds up on your dishes also collects inside the pipes, where it constricts water flow and can eventually cause a blockage. It's nearly impossible to remove this level of mineralization, so the pipes must be replaced. Installing a whole house water softener will prevent the problem from happening again.

Contact a plumbing company in your area if you think your home needs to be repiped.